[GLOBAL: userInfoPane.html]
dingo
Athleticooh has been released last week for iOS and Android!

Our latest release Aliens Abducted!, is waiting to be approved on the App Store.
It features handmade animations and 3D motion graphics!
Travel around planet Earth with Moe, Barry and Marvin, the abducted aliens, and help them learn each country's flag and location. Want to learn all flags? Try Levels mode to earn stars and unlock the second game. Try free mode and guess all countries, rank up in Game Center's leaderboards.
After 25 stars you'll unlock Escape!, a fast-paced platform game featuring Moe trying to escape the alien's mothership. Battle through different levels against the robots using different weapons! How far can you get?
Please check out the latest trailer here:

And here are a couple of screenshoots:
Guess the flag!

A photography challenge and learning tool.

PhotoVexed set you a photograph challenge by constraining you in 4 ways - find a picture that matches the 4 constraints. Constraints lead to creativity and along the way you’ll learn new photography techniques.

Note: you don’t take pictures with the app

[GLOBAL: userInfoPane.html]
Omnigeek Media
Omnigeek Media and Rob Miracle are quite excited to finally announce the general availability of OmniTrivia.

OmniTrivia is a face paced trivia game with a growing database of over 15,000 questions in 7 different categories or you can play random wild-card rounds with another 10,000 questions that will be deployed over the next few months.

It's a great way to test your knowledge in a fun entertaining game.

In this game you have to go in the "Zone of Alienation," in the role of a carefree young driver. He raced on the roads currently in the Pripyat River, but the way it came across a blind dog-mutant. Not having to slow down, our hero is knocked down and broke his Beast "Gazelle". Waking up after a few hours of oblivion, man noted with surprise that he is still alive, and said garages near the scene of the accident, which rot among the crooked trees ...

Hoping he went there and found a "Zaporozhets". It's certainly not a "Gazelle," thought the boy, but still better than nothing, he decided, and began Kolupaev in the ignition the car.
Here's to control his car and be a player. First, there will be little fuel and the engine rotten. As we move to "Zone" will be accessible to the funds for which you can buy fuel, improve engine and even get a "UAZ". Where did all this to take in the godforsaken hole? And who knows what other secrets it keeps a deserted place, called the "Exclusion Zone" ...

Your job is something to leave the area as quickly as possible.

You can also Bombs Juggle fan page on Facebook:
http://www.facebook.com/BombsJuggle

My second game built using Corona, Fruit Fall, is now available for FREE on iOS and Android. Fruit Fall is a simple game that involves dragging fruit into specific containers. Check it out and please help me out by giving it a 5-star rating

[GLOBAL: userInfoPane.html]
Lilarcor
Not sure what happened to my post from a couple of days ago it doesn't appear to be in the forum (did someone delete it!?)

Anyways - a new improved version of my Corona game 'Thumb Tap' is now live in the app store for iPhone and iPad:

Thumb Tap in the App Store

[GLOBAL: userInfoPane.html]
Omnigeek Media
OmniTrivia 1.1 is now live in iTunes, Barnes and Noble and Google Play. I'd love to see some tweet love!!!!!

Links to all four stores are on that page.
Thanks
Rob

Released for Android!
Coming soon on IOS (waiting for review)

Please check it out. I have been in hiding for the past couple of months working hard on this one.
Android URL: https://play.google.com/store/apps/details?id=com.razmobi.monkeybarrel 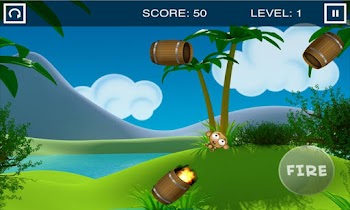 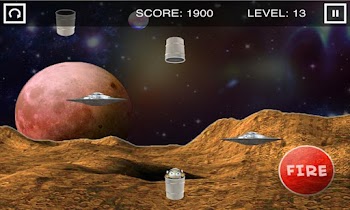 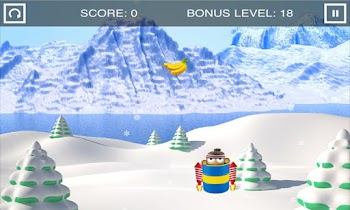 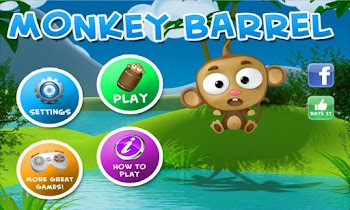 [GLOBAL: userInfoPane.html]
digitaloranges
A new 2d Racer for iPhone and iPad - Turbo Sprint - is now available on the App Store!

Ninja Run Online - On-line runner where you will be able to compete with living opponents for championship. To prove that you are the most adroit and fast. Passing exciting trials, to run the personage for collected gold chinks. To open up additional abilities that will help you be the first among runners as well as prevent the opponents to reach the aim. Attractive graphic and easy-to-use interface. With possibility to play off-line as well as on-line version, perfecting the skills.

The features of complete version of the play are as follows:
* choosing the personage.
* running of personage abilities.
* learning additional skills.
* dynamic world.
* list of the best results.

World that you know is not the same. Continents consumed the deadly virus. The remaining countries such as Russia, China, the U.S., France and Iran, are on the verge of extinction. Your task is simple, spend viruses on the screen to the body's cells thus infected them.

Our first app called Zombie Realtor approved and it's free for iPad.
Zombie Realtor is a fun and colorful game from the category "killing time”

[GLOBAL: userInfoPane.html]
mediakitchen
My app Button Board is now available in the app store

http://itunes.apple.com/us/app/button-board/id498064247?ls=1&mt=8
..
The game is iPad only and is a game that introduces colours to preschool aged kids in a fun and creative way.

[GLOBAL: userInfoPane.html]
digitaloranges
Haven't noticed any Tweeting or Facebook notifications for my app.

Jam Exam App includes Major (and the relative modes) Major Pentatonic, Minor Pentatonic, and Minor Blues with more scales being added all the time some free and some as in-app purchases.

The Jam Exam App is designed as a practice tool for guitar, bass and Ukulele players with more instruments to be added soon.

Much more than one of the hundreds of "Scale Encyclopedias" available, exciting soloing and skilled improvisation requires study of scales.

Here is the hotsite with all info about my first app using corona sdk!!!
http://lowenttur.com/timetravel